Nepal village completed: Feeling on top of the world 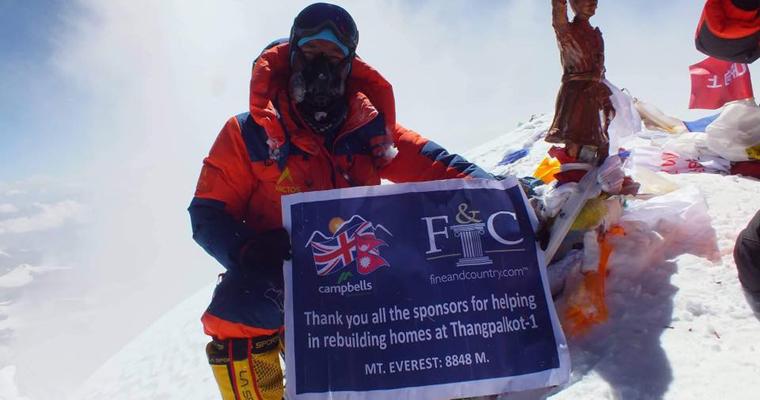 The remote hillside village of Thangpalkot1 in the Sindhupalchok district of Nepal has been fully reconstructed in a joint venture by The Fine & Country Foundation and Campbells Foundation. To celebrate the triumphant moment, a team ventured to the summit of Mount Everest to surprise all our supporters with an iconic flag. 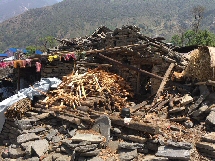 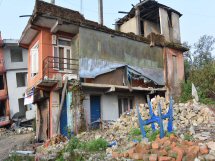 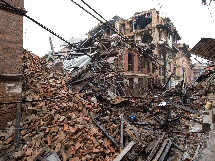 On 25th April 2015, Nepal was struck by a devastating earthquake measuring a magnitude of 7.8, with tremors felt in Pakistan, Bangladesh and India. More than 100 people were killed, thousands were injured and millions lost their homes.
The Nepalese government were only able to offer support to people living within a two hour radius of Kathmandu, the country’s capital. Some funding was available for those outside the radius, but for the residents of Thangpalkot1 who live in a remote hillside village over six hours from Kathmandu, the government funding wasn’t enough to rebuild their homes.

The UK steps in 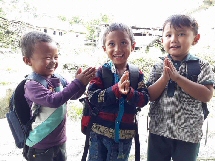 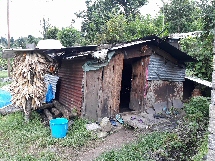 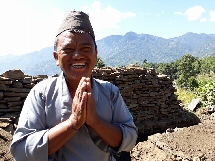 Campbells Foundation, the charity wing of Campbells Estate Agents, began supporting the village shortly after the disaster. The Fine & Country Foundation partnered with Campbells in February 2017. On the ground, the project was coordinated by Renzen Dorzey Bomzan, a local resident of Thangpalkot1. Together, they formed a simple but effective model for constructing earthquake-proof houses and ensuring the villagers made the most of the support.

Each house costs just £1,600 to build, with inflation increasing the cost to £1,800 in 2018. The donations funded the building materials and the transport from Kathmandu to Thangpalkot1, a six hour drive away. 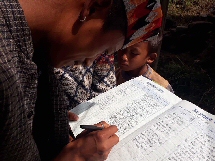 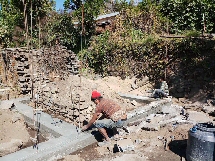 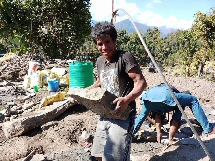 The model consisted a contract with four rules: make sure your site is cleared of rubble; be ready to receive materials and begin using them within 30 days; promise to use all the materials for your home or return them to us; promise to furnish your home and live in it.

The contract ensured that villagers, The Fine & Country Foundation and Campbells Foundation could work collaboratively, efficiently and in an organised manor. This contract, combined with Renzen’s organisation of the families formed a historic project for everyone involved. 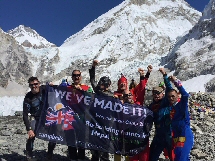 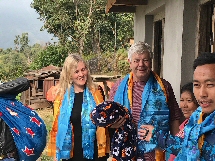 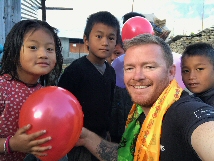 A team of supporters from The Fine & Country Foundation and Campbells Foundation went on an exhausting, eye-opening expedition to Everest Base Camp. The trekkers battled through altitude sickness, exhaustion and the freezing climate to reach 5,380 m (17,600 ft). 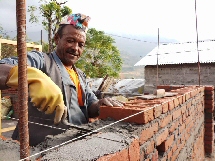 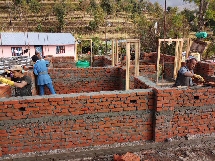 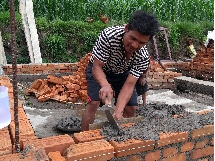 Their homeward bound journey took them via the village Thangpalkot1. The team spent a few days in the village meeting the people whose houses they funded and hearing about their experiences in the devastating earthquake.
After an emotional and iconic couple of weeks in Nepal, The Fine & Country Foundation team raised an incredible £32,000 for Thangpalkot1.

Following the success and exposure from the Everest Base Camp expedition, they collaborated with Campbells Foundation once again to go on a bespoke, private trek from Kathmandu to Thangpalkot1. The route was created by the guides and Sherpas for the expedition as a symbol to show the distance between the villagers and the supplies to rebuild their homes.
The trek took three days and brought the trekkers through Shivapuri Nagarjun National Park to begin their ascent to the village. The stunning scenery, cheerful team and group mission to support Thangpalkot1 made this one of The Fine & Country Foundation’s best events.

The team spent three nights in Thangpalkot1. They camped on a levelled rice paddy field and spent the daytime exploring the village, meeting the families their donations supported, and visiting the local school. The school invited the trekkers to their prize giving awards and the children performed a traditional dance. The experience was full of colour and joy which shone further as the team presented the school with a new laptop and projector.

The expedition raised another £8,660.85 for the villagers. Thank you everyone who followed our journey. 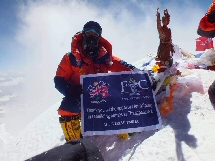 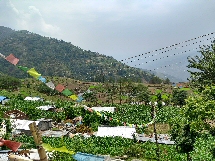 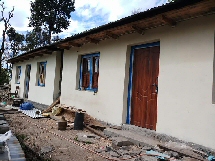 Over the next year, numerous fundraisers took place and donations came flying in as the Fine & Country network, Campbells Foundation and members of the public wanted to help this vibrant village. Four years after the catastrophic earthquake, 63 houses were constructed for the villagers of Thangpalkot1 and in May 2019, we were delighted to announce that all the houses in Thangpalko1 were funded.

To celebrate the end of an era of support in Thangpalkot1, Renzen, the village coordinator, arranged for a group of Sherpas to trek to the summit of Mount Everest with a customised flag to thank all the people who helped rebuild Thangpalkot1.
Paul Campbell, Founder of Campbells Foundation said: “I am astonished that Pemba brought the flag to the summit of Everest and remembered to take a photo. This marks the moment the final house in Thangpalkot1 was completed and our project is over. Our supporters have followed this project for nearly four years and I can’t thank them enough for all their donations, kind messages and help along the way.”

David Lindley, CEO of Fine & Country and Trustee of The Foundation said: “It was an amazing achievement from Pemba to reach the summit with our flag and fantastic to see the Fine & Country network band together with Campbells Foundation to rebuild an entire village. Thanks to everyone’s support and hard work for this project and dozens of other UK ventures, we are delighted to announce that we have surpassed our £400,000 milestone. We can’t wait to get stuck into our next international mission.” 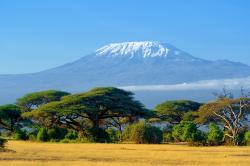 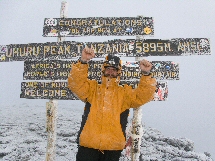 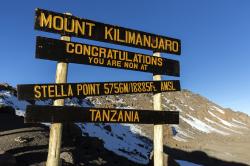 There are more people to help. Join us as us move to support Tanzania.

The Fine & Country Foundation invites enthusiastic trekkers to climb Mount Kilimanjaro, the world’s tallest freestanding mountain, from 7th-16th October 2019. The trek will raise money for Youth in Action Against Poverty and HIV/AIDS (YAAPHA). The expedition includes a bespoke visit to YAAPHA to meet the people whose lives you will transform. Find out more here.

Registration closes on Friday 26th July. To join the expedition and support The Fine & Country Foundation’s next project, please contact foundation@fineandcountry.com or call +44 (0)20 3368 8221.