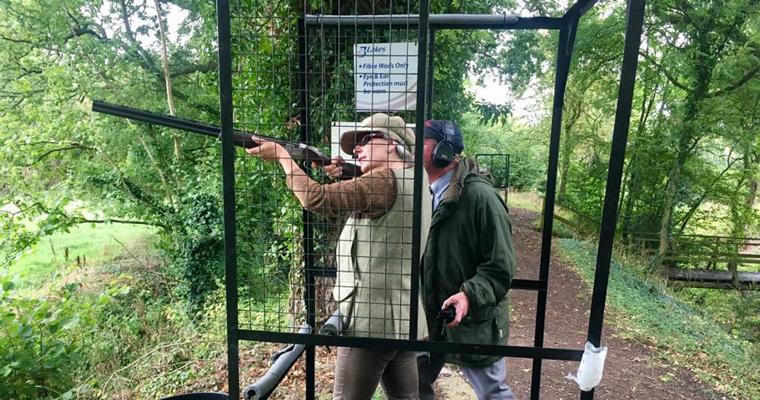 Take a look at the video from the day.

Attendees included both experienced and new shooters, who were guided and supervised by two professionals. Sara Chambers is the 2009 World Champion of the International Clay Target Shooting Federation (ICTSF) and the Wold Champion of English Sporting in 2015. Her qualifications make her the perfect mentor for both the practiced and the new shooters.

Sara was accompanied by Owen Hastings, a craftsman and gunmaker for James Purdy & Sons. As a former Olympic and Universal Trap team member for Great Britain, he was able to find well-fitting guns to suit their abilities.

The event was organised by Terrie Williams, Senior Associate of Fine & Country Solihull. On the day Terrie said, “Sara and Owen were really good at helping us all with our technique. They helped us with everything, from how to hold the gun, to tweaking our stances. There was a lot of enthusiasm from the women and requests for another clay shoot day. A number of men heard about the event and have asked for a joint day next spring so we are looking to have another day in 2018 and make it even bigger and better.” 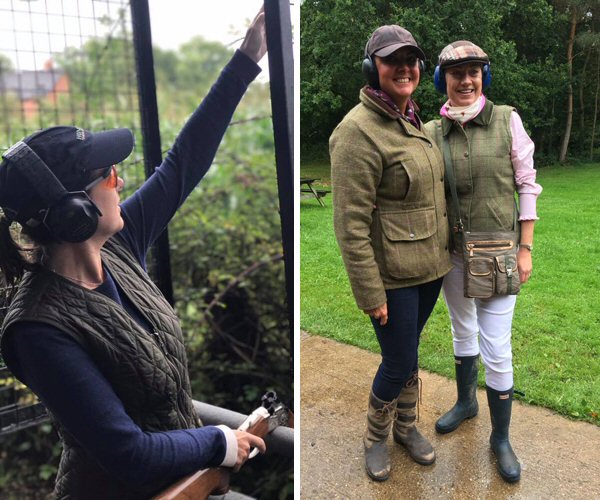 Following the clay pigeon shoot, they travelled to The Bell in Tanworth in Arden. This delightful gastropub served a delicious array of food, which is just what the ladies needed after a tiring, but enjoyable day out.

The event was not only designed to give ladies an opportunity to learn a new skill, it was also for an important cause. The notion of ‘women helping women’ was promoted for this event as donations were collected for Birmingham & Solihull Women’s Aid.

The target for the day was £400, but we are delighted to announce that £500 was raised for the women of Solihull.

Donations will be used to support the most vulnerable women. Some of these women have been victims of domestic violence, whilst others have been manipulated and prevented from learning basic essential skills, including how to open a bank account. Much of the work orchestrated by Birmingham & Solihull Women’s Aid is a preventative measure so that these women are not forced onto the streets, often with their young children. They are given a support network in the local community and the opportunity to become independent.

For those who are interested to find out more about the support offered by The Fine & Country Foundation, please contact us at foundation@fineandcountry.com or call us on +44(0)20 3368 8221.