How people have been raising community spirits during lockdown 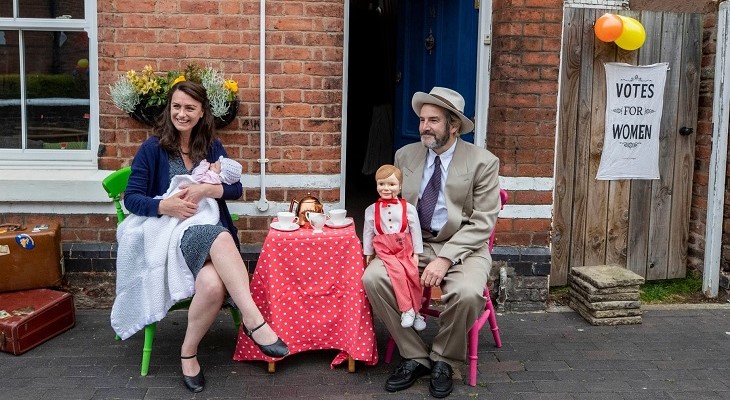 Lockdown restrictions are finally being lifted across the UK, and the rest of the world, following months of isolation. Some of us have been working from home or keeping our children entertained, or both, whilst others have been furloughed, doing their best to keep busy with new DIY projects and hobbies. From a daily bovine bellow to front door performances, people within our communities have brought us together in many ways, during an uncertain time. We share a few of the ways we managed to keep in touch and bringing our communities together in the face of a pandemic. 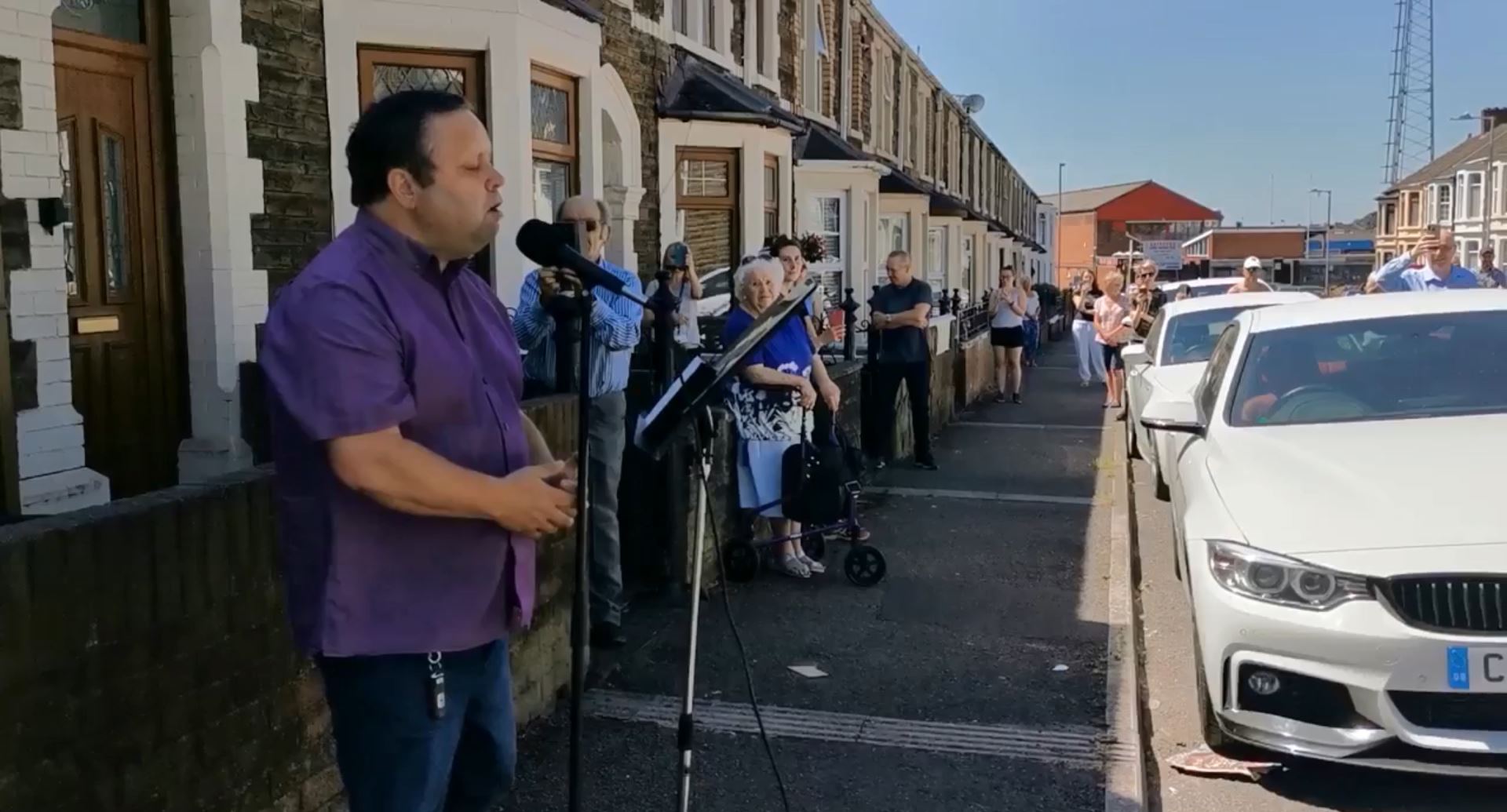 Opera singer, Paul Potts, gave a heart-warming street performance to celebrate his neighbours’ special 70th wedding anniversary, from the front garden of his home in Aberavon, Wales. The Britain’s Got Talent winner was contacted by the council, requesting a video of him singing, to celebrate Gwyneth and Gerwyn’s anniversary. It was a significant day for celebration, as it was also the couple’s neighbour Hywel’s 90th birthday. Deciding a video clip was not enough, Paul performed a powerful rendition of Nessun Dorma to an admiring crowd of his social distancing neighbours. 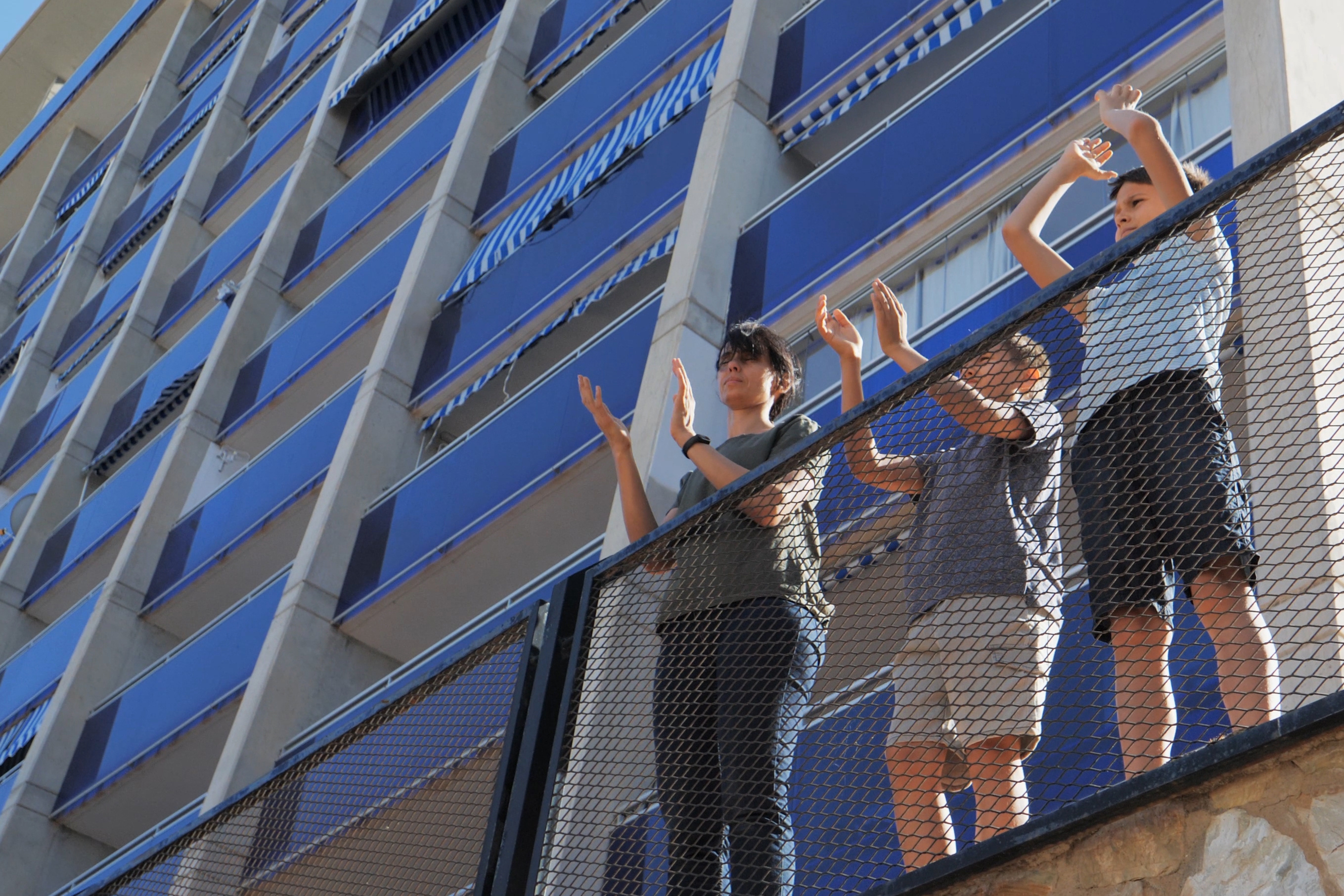 At 8pm on a Thursday evening, millions of people in the UK came together for ten weeks to applaud the key workers of the NHS. Carers received an overwhelming and emotional ovation from balconies, windows, gardens and front doors, all clapping, cheering, banging pots and pans and playing music. Thursday 28 May marked the tenth national clap for carers, at which the campaign leaders called for the clap to be stopped at its peak. But a call for an additional and final clap to mark the NHS’ 72nd anniversary on the 5 July gave the public an opportunity to come together to celebrate the National Health Service once more. During a time of uncertainty, the NHS clap united and uplifted communities all over the UK, celebrating a service that works tirelessly to look after the nation.

Artists bring fans together through music 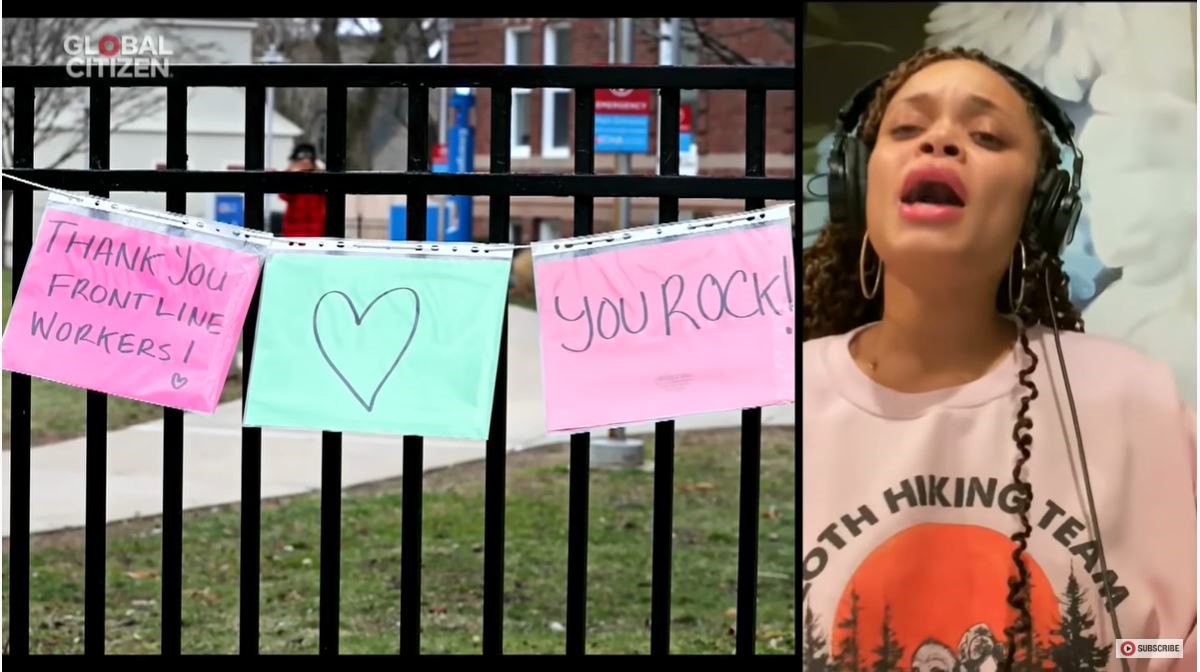 Technology has allowed people from all over the world to connect in ways like never before. The unprecedented global lockdown has seen the cancellation of festivals, concerts, and theatres. Major events, such as Eurovision and Glastonbury have been cancelled, moving artists and fans online. Duran Duran has been offering live bass guitar lessons to his Instagram followers. Snow Patrol invents “Saturday Songwrite” sessions, to involve his fans in creating new songs, in the hope to complete an album before the end of lockdown. Gary Lightbody, of Snow Patrol, has been taking fans’ Instagram Live suggestions of lyrics and chords before returning with a fully formed song.

Some festivals and concerts have been organised remotely, including Lady Gaga’s global Together at Home concert, in support of all front-line workers during the coronavirus pandemic. Over 100 artists, including, Stevie Wonder, Christine and the Queens, Jennifer Lopez and many more, recorded songs from their homes, receiving millions of views on YouTube. Find out about where to find the Isle of Wight Festival, Coldplay, Tomorrowland and more musical performances here. 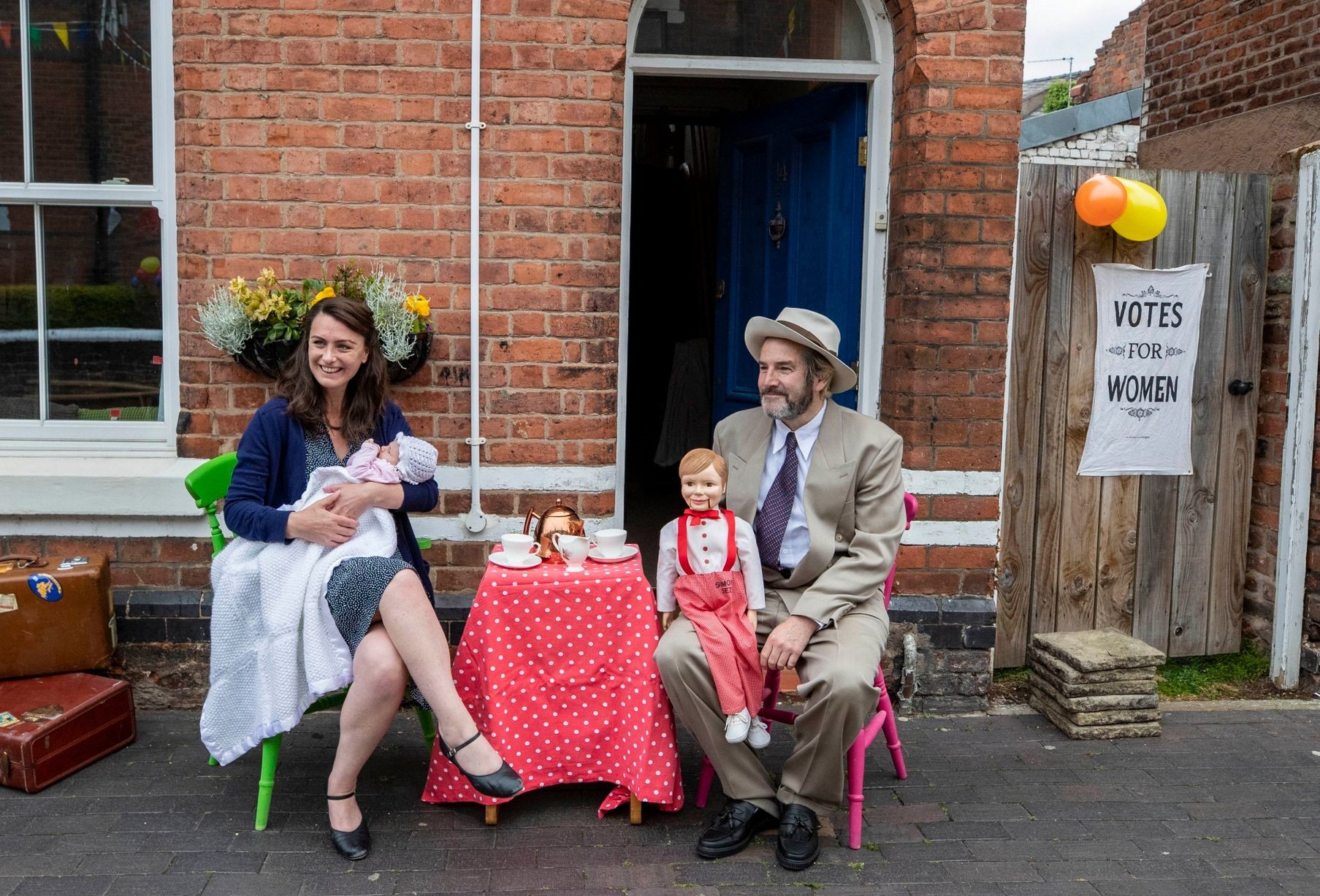 Restrictions on leaving the house have been testing and not very exciting for a lot of us. One aspect of life that has been missed is the opportunity to celebrate together!

The commemoration of VE day, marked the 75th anniversary of when festivities took place, following the end of the second world war. The momentous day would have seen crowds in the streets and pubs, as it was first celebrated in 1945. Lockdown did not dampen the day, with many setting up decorations, music and tables of drinks and cakes in front gardens, to share the celebrations with neighbours.

Police allowed a few other street parties to continue, after seeing residents were complying with social distancing rules. In Hull, DJ Chris Marshall organised an event on Good Friday, where he set up his DJ equipment to play dance music to his neighbours. Locals brought patio furniture to their front gardens, watched from windows, and enjoyed a drink with one another. Chris commented, “everyone stuck to the social distancing and there was no partying in the street, but the atmosphere was something I've never seen before.” 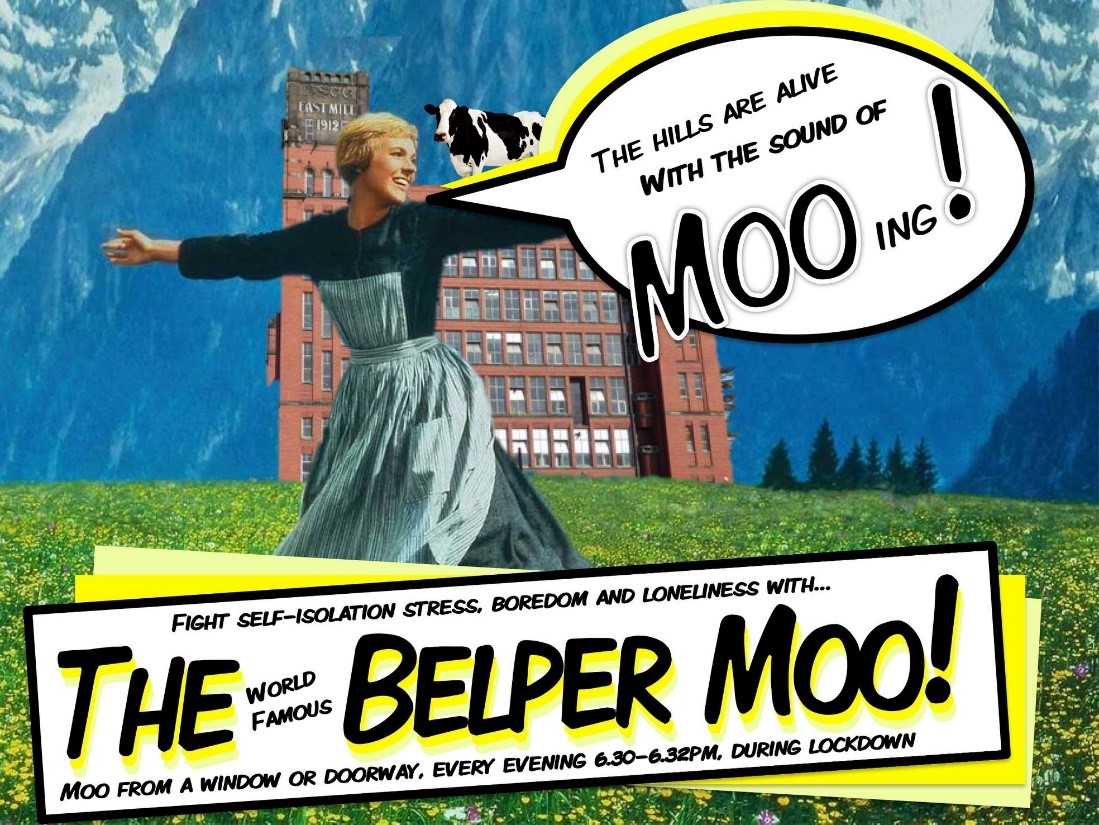 Taking some inspiration from the NHS clap, in Belper, Derbyshire, the locals of the town have come together as a community with a daily ‘moo’ at 18:30 every evening. With an aim to overcome stress, boredom and loneliness during lockdown, residents represent their unity from windows, front doors and even the supermarket. Resident, Jasper Ward, comments, "it's a pretty grim time, so if we can cast a little bit of silliness into the day, that's great." The Belper Moo has become a global sensation, lifting spirits in the US, Japan, India and Australia.

Despite the odds, communities far and wide have come together to lift one another up through music, celebration, and gestures of gratitude.

Would you like to get involved with raising funds for your local homeless charity through a musical performance, other fundraiser of your choice? Please contact us at foundation@fineandcountry.com or call +44 (0)20 3368 8221.

A Thank You from St. Petrock's
Through our Spring Grant Programme this year, The Foundation awarded grants to 16 charities working across the UK and overseas in thier effo...
Read more >>
1st Jul 2022

Spring 2022 Sees Further Invaluable Funding Donated Across The World
This month, The Foundation awarded another round of grants to 16 charities working across the UK and overseas in their joint mission to end...
Read more >>
19th May 2022