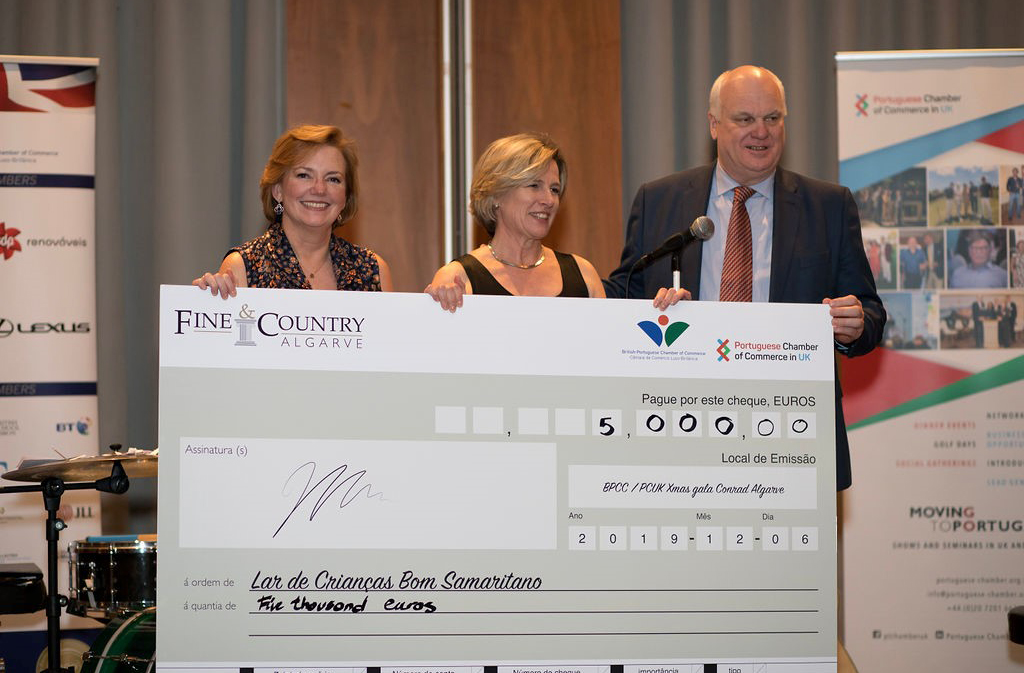 The donation came about by way of a charity raffle at the British Chambers Christmas Gala dinner held on the 6th of December, where Fine & Country Algarve offered to double the funds raised in the raffle and then rounded it up to 5,000 euros.

Located in Alvor in the Algarve, Bom Samaritano is a home for abandoned children, as well as those who have been removed from their parents as a result of abuse. The institution caters to children aged between three and 16 years old and would not be able to do the work they do with the donations they receive from supporters such as Fine & Country Algarve.

Zoie Hawker, managing partner of Fine & Country Algarve said: “We are so happy to have reached our target with this latest donation of 10,000 euros this year donated to such a worthy cause. As the first international Fine & Country office to become an ambassador of the Foundation, we chose the Bom Samaritano orphanage here in the Algarve as our charity with the objective of helping them fund a new minibus amongst other much-needed investments. We have had a great year, far exceeding our sales targets and it’s very rewarding for us to share some of our success with those in need.”

For more information about the Fine & Country Foundation visit the website at fineandcountryfoundation.com