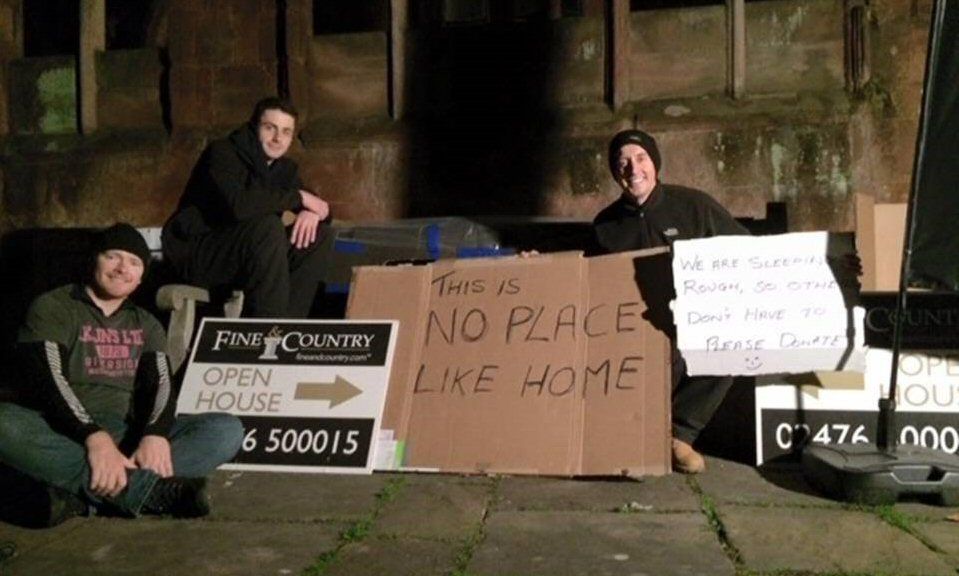 Fine & Country agents take part in the sponsored Sleep Out event for the third year running, in association with the Fine & Country Foundation. This means sleeping rough for one night to raise awareness about youth homelessness around the country.

Last year, five offices across the country volunteered to sleep rough, including Abergavenny, Banbury, Coventry, Leamington Spa, and Mayfair. Overall, the teams raised a fantastic total of over £6,000. The money raised for the Fine & Country Foundation will be distributed to charities which work to prevent homelessness in the UK, including Centrepoint, Helping Hands and St Basils.

The Sleep Out is a nationwide event organised by the End Youth Homelessness campaign. Each individual Sleep Out event partners with a local charity, so the money raised by Fine & Country agents will have an impact on homelessness in the area that they participated in.

Young people often become homeless because of violence, abuse, gangs, drugs and problems with mental health, and often it's safer to leave home than to stay. Every year more than 150,000 young people ask for help. This is a staggering figure and one that we can help reduce.

The Fine & Country Foundation supports Sleep Out every year as there are so many young homeless people around the country that need our help. This year Fine & Country Head Office and Leamington Spa will be sleeping rough and need your support.