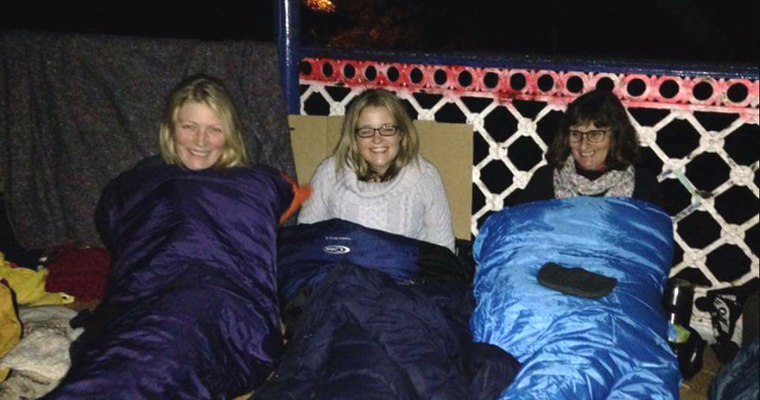 Donate here to support our Sleep Out team.

Premiership rugby team, The Wasps RFC will be among the volunteers who are raising money for homeless and vulnerable people. Helping Hands have kept the location of the event secret, to be revealed on the day to give a sense of insecurity of not knowing where you will be sleeping: a situation people sleeping on the streets face every day.

Mark said: “I want to help the less fortunate, put a roof over their heads and provide them with a hot meal. I see too many people on the streets of Leamington Spa and I have seen how Helping Hands do a great and integral job under difficult circumstances.

“The money raised will fund all aspects of the charity, from the soup kitchen and drop-ins, to the House2Home project and support work. Thank you to everyone who has donated to our cause, every penny will make a huge difference to those who need it most.”

Henry said: “I am excited to take part to raise as much money as possible for Helping Hands. It is important to me because without the right support network anybody could find themselves in a series of unfortunate circumstances that quickly lead to being homeless.”

Temperatures are expected to hit freezing so the team will bring big flasks of tea to see them through the bitter temperatures.

We can support your favourite homeless causes by organising and participating in fundraising events or through our grant programme. Take a look at our 2019 events calendar to get involved in an event or request a bespoke fundraiser.

To donate to Henry and Mark’s Sleep Out in aid of Helping Hands Community Project, please click here.

The Foundation is on AmazonSmile
We have a simple, effective way for you to raise money for The Fine & Country Foundation without the need to dip into your own pocket, c...
Read more >>
14th Jul 2021