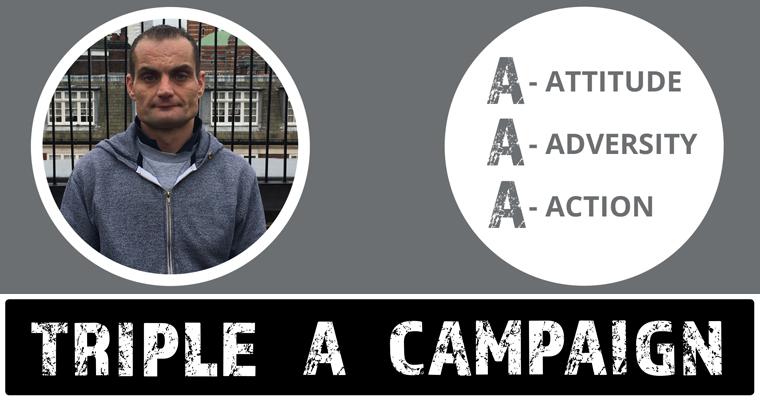 We are delighted to announce that Sean, mid-30s, has chosen to take part in our Triple A Campaign to help us raise awareness of the issues surrounding homelessness. In our first video, filmed in February 2018, Sean explains his childhood and background. Sean grew up in the care system in Ireland during the 1980s. Once he turned 18 years old, Sean spent nearly two decades living on the streets, on and off.

Throughout the year, Sean will help us change perceptions of the causes and struggles of homelessness:

Attitude toward the causes of homeless

Adversity in getting someone off the streets permanently

Together, this creates the Triple A Campaign. We will provide an eye-opening insight into the life of Sean to help you understand more about the homelessness crisis that the UK is facing.

Our relationship with The Passage

In August 2017, rock-band The Muse held a concert in aid of The Passage. The Fine & Country Foundation auctioned two tickets, with a meet-and-greet with the band. The auction was a huge success and raised £1,773 for the charity. Read the full story here.

What is the Triple A Campaign? Meet the homeless success stories
Over 2018, The Fine & Country Foundation will give a rare insight into the lives of two people in London who have experienced different...
Read more >>
7th May 2018

Triple A Campaign (Part 3): Long-term support
Watch Part 3 of our awareness campaign as we delve into the complexities of homelessness and why resolving the crisis is not as simple as pu...
Read more >>
1st May 2018