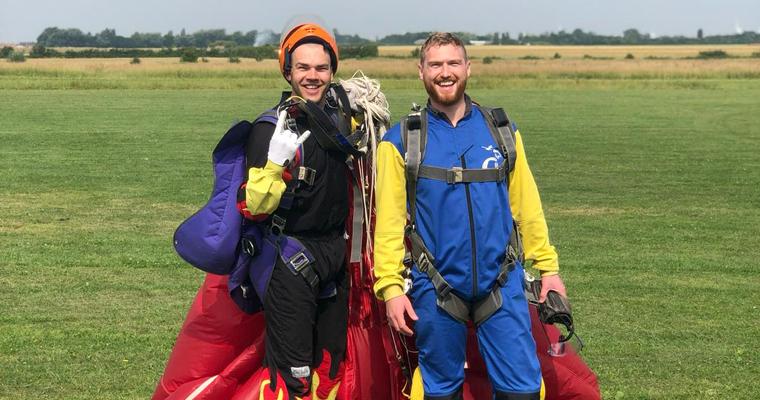 On Wednesday 17th July, Richard Carpenter, Branch Manager, and Lee Jones, Assistant Branch Managar, from Fine & Country St Neots faced their fears and leapt out a plane flying at 10,000 ft. to raise money for homelessness. Take a look at their favourite moments and find out whether they would do it again.

Richard arrived at North London Skydiving bright and early at 7am to jump near the beginning of the queue. Lee, after an accidental lie-in, arrived by 8am and had to wait for an afternoon slot. The pair became increasingly petrified and Richard consumed coffee and Coca Cola to help his nerves.

Richard was soon ‘suited and booted’ and taken over to the small plane to begin his ascent. After 15 minutes Richard and his instructor reached 10,000 ft. and did their final checks. Before he knew it, Richard was given the all-clear and they were plummeting through the sky. 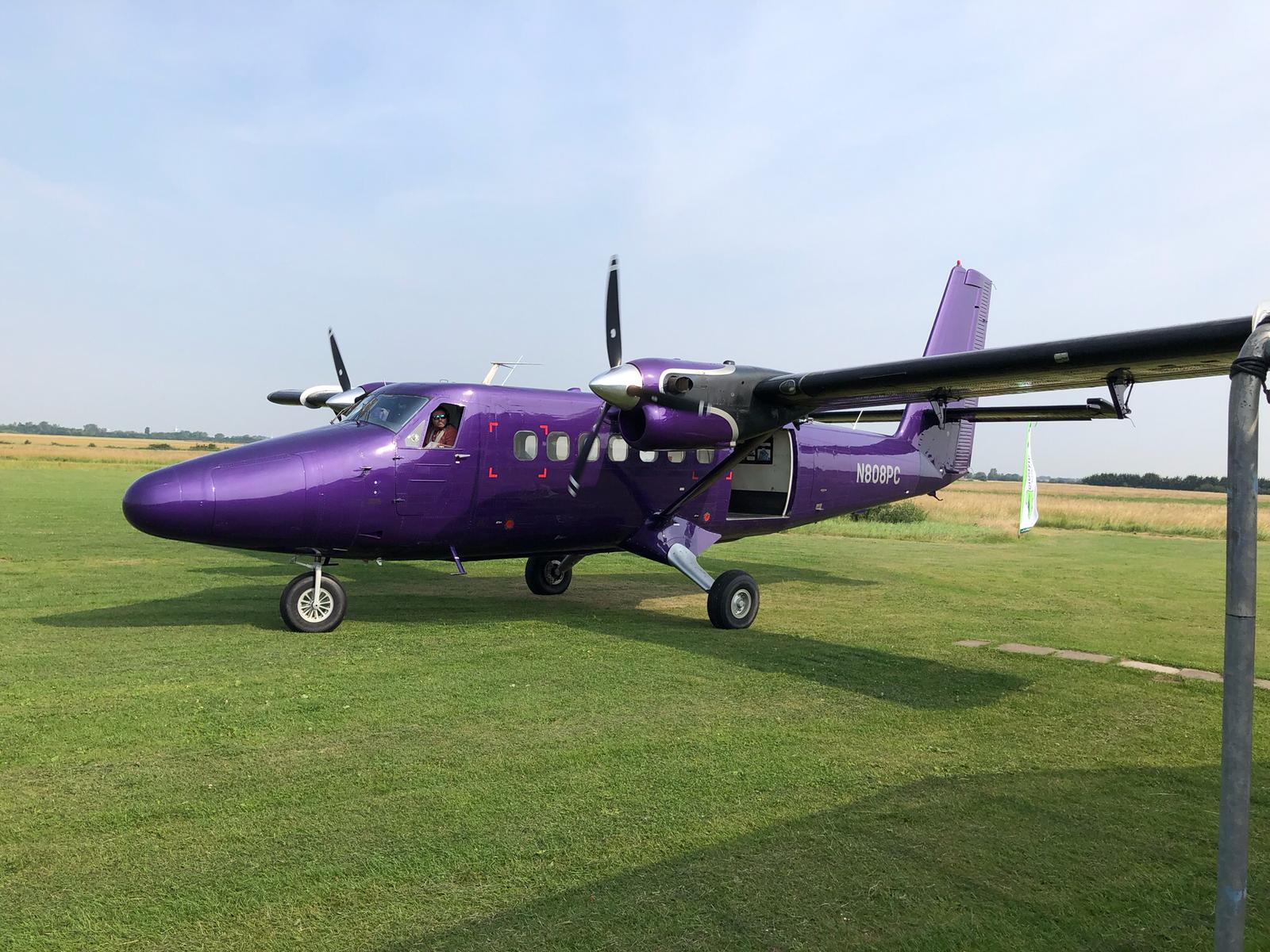 Richard says: “It was terrifying, but actually really fun. I wouldn’t rush to do it again, but I wouldn’t say no if someone asked me. My instructor was incredible and really supportive.”

Lee had a fun day in the sun watching everyone complete their skydiving while he waited for his jump at 3pm. He quickly became full of adrenaline, like a child who had eaten too much sugar. 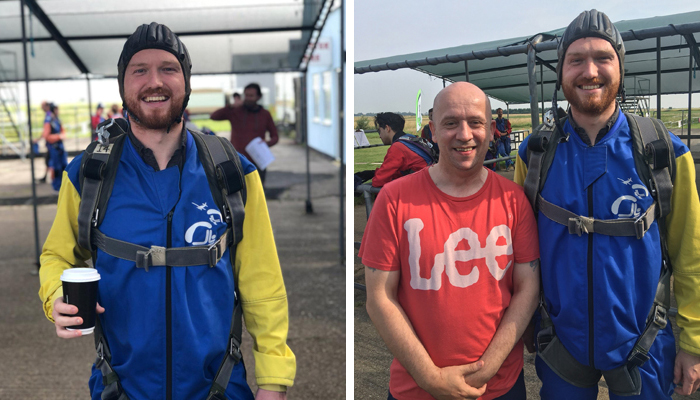 Richard geared up with Lee by his side for support

Lee says: “We are so lucky to be able to visit some of the most luxurious properties in Cambridgeshire every day, and each night I am grateful to return to a warm happy home. Being in a position to raise funds and awareness of the Fine & Country foundation is something we are both proud and delighted to do. Helping those who are not as lucky as us, and doing something that was a once in a lifetime experience for us both was an added bonus!” 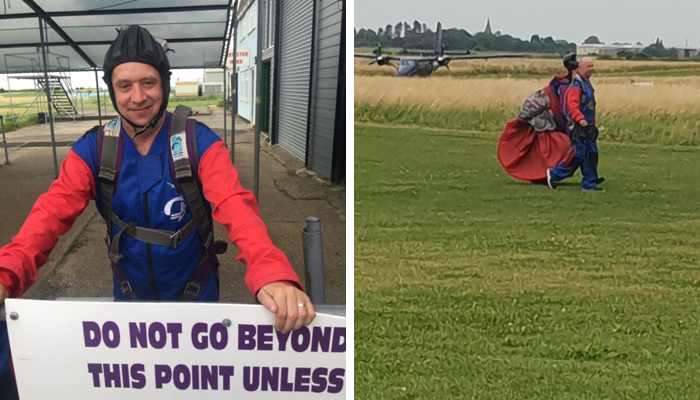 Lee’s before and after from his skydiving

The pair have raised an incredible £1,074.89 for The Fine & Country Foundation grant pot. The grant pot will reopen from 1st-31st October for homeless charities in the UK and overseas to apply for up to £3,000.

Find out more about the autumn grant programme here.

Spring 2022 Sees Further Invaluable Funding Donated Across The World
This month, The Foundation awarded another round of grants to 16 charities working across the UK and overseas in their joint mission to end...
Read more >>
19th May 2022