Highlights: Trio in a trike drive from Sheffield to Monte Carlo 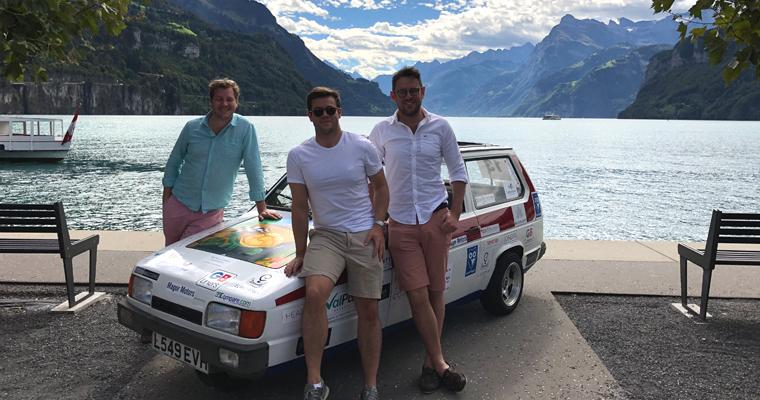 It’s not every day that you see a logo-plastered, racing-striped Reliant Robin with a bonnet painting of the ‘Tortoise and the Hare’ driving from Sheffield to Monte Carlo for homelessness.

Watch our favourite moments from the adventure in our short film below:

David Lindley, CEO of Fine & Country said: “No one thought we would make it. At numerous points, we didn’t even think we would make it. We felt like celebrities when we arrived; a crowd of people stood outside cheering for us including: all 20 teams, the Bangers and Cash crew, tourists and locals. One woman even cried when she saw us.

“It was an incredible challenge and a fantastic way to raise money and awareness for homelessness. I am so proud to be part of such an amazing cause to support The Fine & Country Foundation and our partner charity, Roundabout. We couldn’t have done it without our company sponsors, whose logos were plastered onto the car.”

The Fine & Country Foundation is partnered with homeless causes in the UK and overseas, including Roundabout, a local homeless charity in Sheffield and member of the End Youth Homelessness campaign.

We sold logo space on the Reliant Robin to raise more than £4,000 for youth homelessness. The car was plastered with more than 20 company logos which helped the team to stand out even further.

Over the four days the team had photos and videos taken, were filmed on BBC Radio Sheffield who also had a team and were stopped in the streets by curious passers-by. The whole challenge has raised more than £60,000 for Roundabout, and it’s still rising.

Each bonnet was painted by professional artists in Sheffield. The Fine & Country team appropriately chose the design of the Tortoise and the Hare. The bonnet will go on auction with all proceeds going to Roundabout on Saturday 20th October. To place a bid for the bonnets please click here.

The Fine & Country Foundation embarks on a variety of fundraising events for homeless charities and causes; from fashion shows to treks up Mount Kilimanjaro. For more information on their work and the charities they support, please visit contact us at foundation@fineandcountry.com or call +44(0) 20 3368 8221.

Thank you to our sponsors for their generous donations: