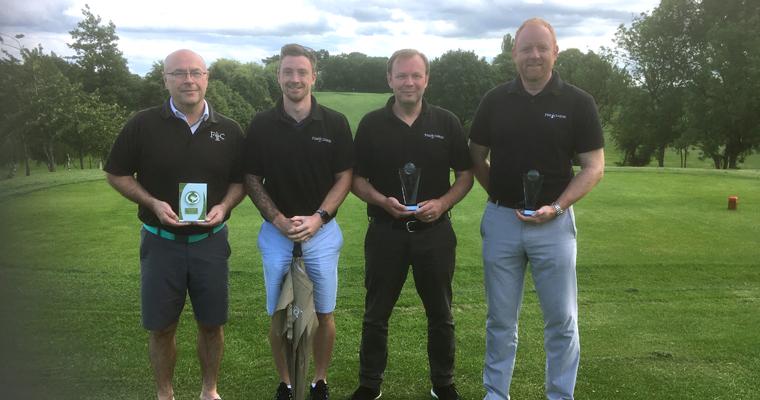 A group of 16 eager golfers arrived at Leamington & County Golf Club in Whitnash, Leamington Spa, and enjoyed a light breakfast together before teeing off in teams of four.

Players competed on the beautifully landscaped course for the coveted prizes: highest scorer, nearest the pin, longest drive and best team. The group was divided into two divisions to represent the abilities of the players. Division 1 saw some incredible talent and nail-biting moments. Michael Rolfe from DCS in Leamington swooped in to win the longest drive with just a few inches ahead of the runner up. Peter Marsh played consistently well to take the lead for the highest score. The nearest the pin prize was gallantly fought for by John Wright from Shipways in Rugby at the 11th hole.

The winning four-ball team were awarded with a free round of golf, donated by Leamington & Country Golf Club. Congratulations Matt Boscott, Michael Rolfe, Chris Mobbs and Robert Jackson with a total of 86 points.

In Division 2, Chris Mobbs from Fine & Country Banbury stormed ahead with 36 points and walked away with a Fine & Country golf umbrella, new golf balls and magnificent trophy. 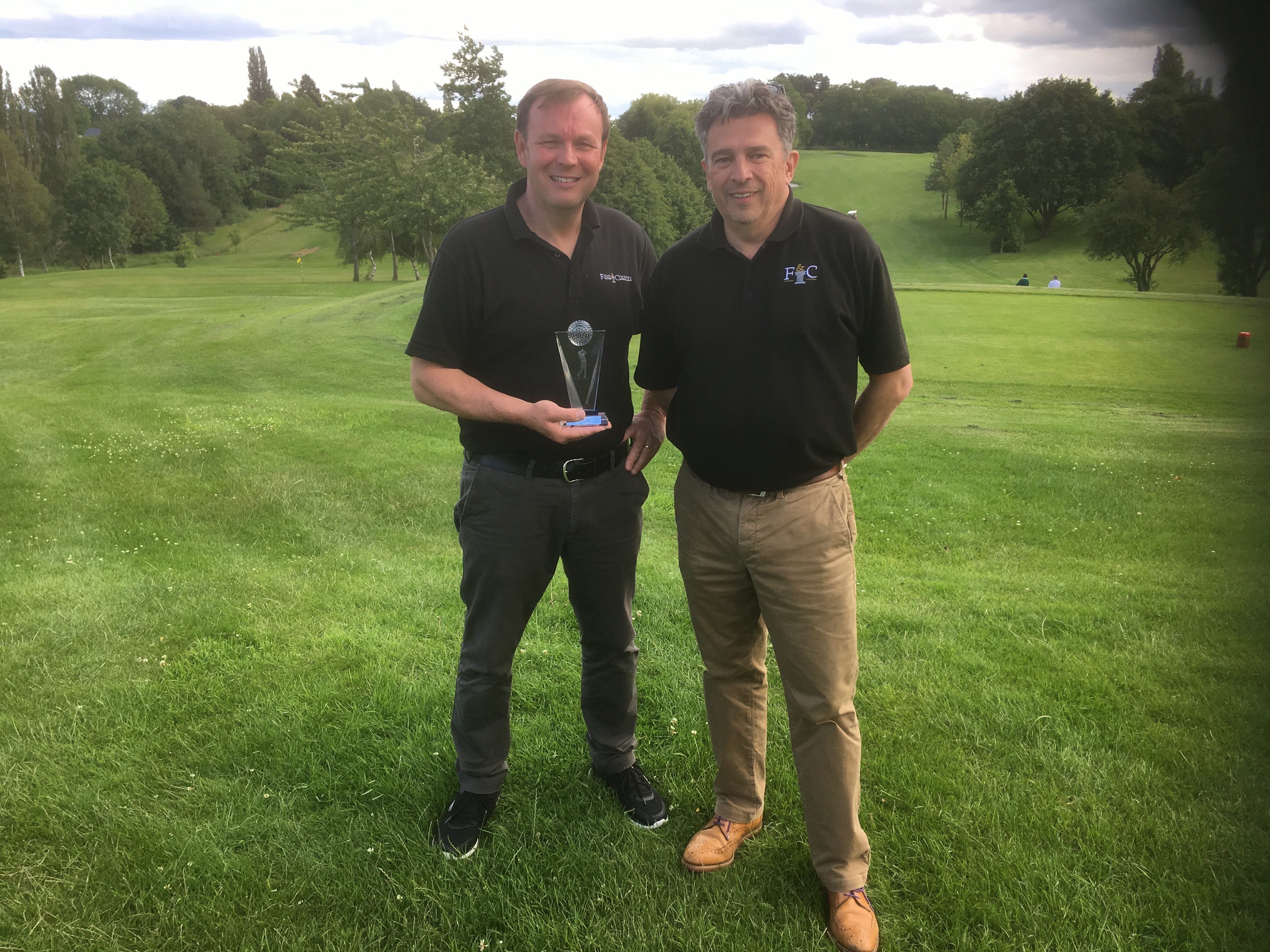 Mark Griffiths from Fine & Country Leamington Spa says: “It was a fantastic day out, the sun shone on us and we really enjoyed the course. I couldn’t believe I got an Eagle on the third! The event wouldn’t be possible without the support from our sponsors: Bower & Bailey, Spratt Endicott and Thomas Flavell.

“The enthusiasm from our guests was amazing so we plan to host another charity golfing event next year, potentially on a Championship course. We will reveal more information closer to the time.”

Griffiths and Mobbs organised the event to support The Fine & Country Foundation’s mission to end the causes of homelessness. Every penny raised for The Foundation is given directly to vital homeless projects. Of the £725 raised, £350 will be donated to Banbury Young Homelessness Project and £375 to Helping Hands Community Project in Leamington Spa.

Chris Mobbs from Fine & Country Banbury says: “Mark and I are delighted to have The Fine & Country Foundation to help us support vital projects. These charities help people who find themselves in difficult conditions when just a few things go off track in life, as they could for any of us.

“We spend our working lives in beautiful homes while others are desperate for a roof over their head or a hot meal. It seems very appropriate to help the homeless with our backgrounds in the housing industry.  We are proud to be a part of The Fine & Country Foundation and can’t wait to continue our support.”

To register your interest for the next Warwickshire Golf Day, please contact mark.griffiths@fineandcountry.com.